Detailed List Of Writing Contests in September 2019 And Beyond 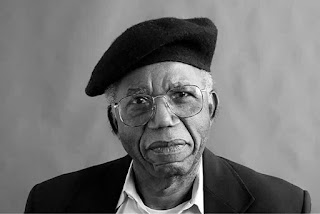 1.    Chinua Achebe (1930-2013).
Chinua Achebe is one of the most internationally-acclaimed writers from Africa, unfortunately he died 2013. Though he has often been called ‘The Father of Nigerian Literature’.
His first novel was Things Fall Apart(1958).
2.   Wole Soyinka (b 1934)
Wole Soyinka, a playwright, poet and writer won the Nobel Prize in Literature in 1986. Soyinka’s writing often focuses on oppression and exploitation of the weak by the strong. None are spared in his critique, neither the white speculator nor the black exploiter.
His works include novels such as;
Aké: The Years of ChildhoodandDeath and the King’s Horseman. 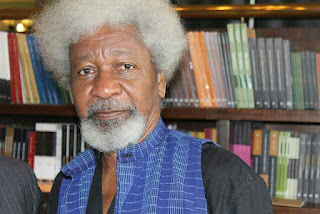 3. Femi Osofisan (b. 1946)
As with many Nigerian writers, Femi Osofisan’s oeuvre – encompassing plays, poems and novels – is informed by colonialism and its legacy, and is a clear protest against corruption and injustice.
His best-known play,Women of Owu(2004) is a retelling of Euripides ’The Trojan Women”.
4.  Ben Okri (b. 1959)
Ben Okri is a renowned novelist and poet whose written works defy definition. He is often termed post-modern, yet his seamless interweaving of the spirit world into his stories belies this genre.
His most famous work is The Famished Road(1991), forming part of a trilogy withSongs of Enchantment and Infinite Riches.

Quote of Ben Okri © Alessandro Lucia
5.  Buchi Emecheta (b. 1944)
Born in Lagos to Igbo parents, Emecheta moved to London in 1960 to live with her husband Sylvester Onwordi, who had moved there to study.
Her novels draw heavily from her own life and address gender imbalance and enslavement, and how women are often defined through the narrow framework of sexuality or the ability to bear children.
Her most acclaimed work, “The Joys of Motherhood(1979)”, has as its protagonist a woman who defines herself through motherhood and validates her life solely through the successes of her children. Emecheta was awarded an OBE in 2005.

Praise Osawaru is a writer, poet, content developer and entrepreneur-in-training. His works have appeared in Black Youth, Nantygreens, Sprinng Literary Movement and Writers Space Africa. He was longlisted for African Writers Award 2019 and Shortlisted for The Zi Prize 2019. Follow him on Instagram/FB/Twitter: @wordsmithpraise
@wordsmithpraise
Previous ARE YOU A WRITER OR POET? BECOME THIS WEEK’S WORDSMITH
Next HOW TO CREATE OPPORTUNITIES #1

Opportunity For African Writers | Submit to Issue II of 20.35 Africa: An Anthology of Contemporary Poetry

The arrival of 20.35 Africa: An Anthology of Contemporary Poetry—curated by the Nigerian poets Ebenezer …