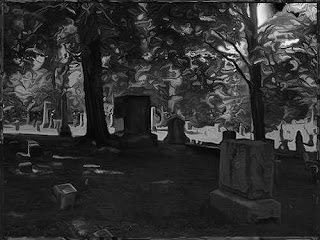 I believed I knew sorrow, I thought I understood pain…
I told myself I had seen the worst that life could show me.
But I was wrong, so so wrong.
Life has had the last laugh once more…

The pain in my heart is indescribable..
It’s squeezing something out of me, but not my life.
My eyes are tired of leaking tears, but my soul seems to have an endless reservoir.
I’m swimming in pain, something beyond the pain I’ve known.

Do you know of my Eziwanne?
She had the most beautiful black eyes and thick healthy black curls.
Her smile could take you to the shores of Malibu…
But yesterday she was forced to dance to the hiss of a Python.

I remember my phone ringing yesterday…
An incoming call from Ezinwanne’m
My cheery “hello” died at the sound of her voice and the screams from the background.
“Ifeatuchukwu they are killing igbos here!”…That single sentence sent terror though my heart.

It came again, this time in my mothers tongue.
“Ifeatu a’sim gi, ha ne gbwo ayi’n e’ba na Umuahia”
(Ifeatu I told you, they are killing us here in Umuahia)
Confusion, fear and dread go sumed me whole
Screams and shouts assaulted my ears from the background

Terror seized my heart and rendered me mute
Her panicked voice came over the phone once more
“Danielle, please say something, where should I go? Where should I run to? ”
Her desperate cry tore at my heart because I was miles away and I knew I could render no help.

Tears leaked down my eyes and despair overtook me as my lips formed words I can’t remember.
My voice shook as I asked… “Eziwanne amarom ife’e gee me, ke mma gi? Ke ebe Emeka nozi? ”
“They are dead!” Her reply coaxed a wail from my throat. “Danielle mother is dead, Emeka is dead too. I watched the men kill them before I ran for my life.”

The tears streamed down my eyes as I absorbed her words,
The screams seemed more urgent and now I could hear gunshots and yells that froze my bloodstream.
“Eziwanne run please!! Hide somewhere!”
Her voice came trembling over the phone, “Ifeatu I’m scared, I don’t know where to go, I’m hiding behind a-”
She never finished that sentence, and for 27hours it has haunted my memory.

I was not present at Eziwanne’s birth, but I have heard it now. I heard each process as it played though my phone at her death.
Her sudden gasp of shock as urgent as dire as a baby’s first breath
Her last sound on this earth; a piercing scream of terror exactly like an infants first cry…
And finally, that sudden intense moment when nobody needs to tell you that a soul just slipped away.

I sat in shock, my body trembling badly in disbelief.
I couldn’t feel the tears streaming down my cheeks,
I was afraid to call out her name, I was afraid of the silence that I knew was certain to reply me.
Screams and terrifying yells drowned in gunshots and other sounds escaped through my phone…
But nothing was louder than the silence from Eziwanne.

She was forced to dance, killed just because she happens to be of the Igbo tribe.
She was an innocent teenager caught in the middle of a stupid conflict.
We Igbos have done nothing wrong, I know I have done nothing to warrant death.
And so did Eziwanne… Yesterday she was alive,
But today she lives on only in the memories of those who loved her.
-Zoya
©Jeanne Danielle Ifeatuchukwu

Praise Osawaru is a writer, poet, content developer and entrepreneur-in-training. His works have appeared in Black Youth, Nantygreens, Sprinng Literary Movement and Writers Space Africa. He was longlisted for African Writers Award 2019 and Shortlisted for The Zi Prize 2019. Follow him on Instagram/FB/Twitter: @wordsmithpraise
@wordsmithpraise
Previous {Romance Story} THE DIARY OF A VIRGIN BOY – 7.0
Next Emerging by Timinéprè | FOS Special

Editor’s Pick | WHAT IF A BLACK GIRL KNEW? by Dylema

What if a black girl knew?That she would be desired by others only if she …