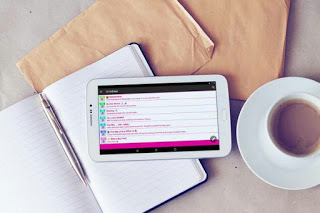 I gazed at his apartment from across the street, it looked rather empty to me. Perhaps the window blinds. I shook my shoulder.
Phew! Second thoughts? I smiled and shook off the feeling, proceeding to the front door. Luckily, like all careless citizens, he left his key under the rug.
Boy, was I lucky! I opened the door and entered the house.
I wouldn’t call that breaking and entering, At least I used a key.
I saw various photos on the wall of the both of them. Looks to me like they’ve been together a while. But I don’t get why she came to me saying she was a virgin?
Anyways, I walked upstairs to the bed room and found nude pictures of her turned into wallpaper across the room. As if that wasn’t insulting enough I found a tripod with a camera directly opposite the bed.
I took it and played the most recent film.
“Fuck!” I yelled.
They filmed their sex tape. I slammed the camera on the ground and stepped on it. I felt relieved a little.
I was so engrossed I didn’t know someone was behind me coming out of the bathroom.
“What the fuck?!” he shouted. I grabbed a lamp and hit him on the head. I ran out the room, walking down the stairs, I felt a hand pull me backwards.
It was him, we struggled, eventually I pushed him and he rolled down the stairs landing with his head as it bashed upon the ground, splashing blood everywhere.
You know how they say fear or flight? Fuck! Fear and flight weren’t the only actions one took in danger. I froze. My feet stuck to the floorboards.
And then my phone rang! It was her! Shit!
And then there was a knock on the door!
Written by Praise Osawaru and Ayomide O’tega

Praise Osawaru is a writer, poet, content developer and entrepreneur-in-training. His works have appeared in Black Youth, Nantygreens, Sprinng Literary Movement and Writers Space Africa. He was longlisted for African Writers Award 2019 and Shortlisted for The Zi Prize 2019. Follow him on Instagram/FB/Twitter: @wordsmithpraise
@wordsmithpraise
Previous {Romance Story} THE DIARY OF A VIRGIN BOY – 6.0
Next The Python Dance | Eulogy by Jeanne Danielle

Until…. It struck me. My wristwatch! Where the hell is my wristwatch?! I ran into …