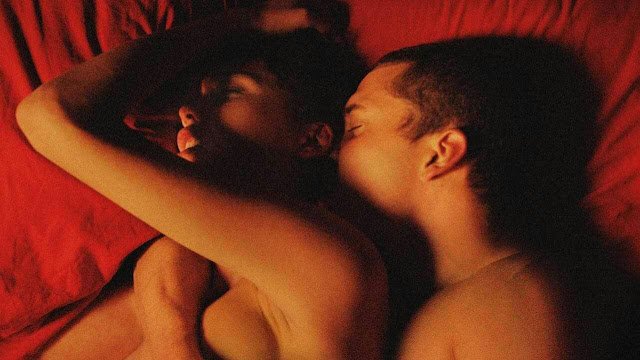 She pulled out the knife and plunged it into my stomach once more. I pushed her off me, she hit her head on the table behind and collapsed.

I got up, pulled out the knife slowly. It hurt like hell. ‘I’ve never been stabbed before’. I threw the knife away and tried to stop the bleeding. I could hear the police footsteps upon the stairs.

I looked around, I needed a fast exit then I noticed the wind blew open the window. I walked towards it, Damn! It was a long way down. I’d bled all over the perfectly waxed floor.

How was I gonna get down three storeys? The footsteps grew louder, My heart paced faster. I took a step backwards, was ready to jump. Suddenly I felt a force pull me back.

I staggered and fell flat to the ground. She was holding the knife firmly. I hit her knees and rolled sideways watching her fall upon the knife.

Blood began gushing out like a tap went on. I looked at the door, the door knob twisted.

I drew myself up and raced towards the window, jumping out and landing on a car. The alarm system went off upon my collision.

“Ahh,” I groaned, feeling my bones crack as I got off the car and began walking.

I stared up the window. I could see flashlight, Surely the Cops have found her Corpse.
I didn’t mean for things to end like that. This was one hell of a love story.
————–
My name is Daniel, I used to think the world was black and white, now I realize it’s filled with shades of Gray.

THE END
Written by Praise Osawaru

Praise Osawaru is a writer, (performance) poet, content developer and entrepreneur-in-training. His works have appeared/forthcoming in African Writer, Black Youth, Kreative Diadem, Ngiga Review, Nantygreens, SprinNG, Praxis Magazine and Writers Space Africa. He was longlisted for African Writers Award 2019 and Shortlisted for The Zi Prize 2019. He enjoys reading books, listening to good music, and binge-watching series on Netflix when he isn't over-worrying about University life. Say hello on Instagram/Twitter: @wordsmithpraise
@wordsmithpraise
Previous Nnedi Okorafor; Nigerian-American Science Fiction Writer Collaborates With Marvel Comics
Next ARE YOU A WRITER OR A POET? BECOME THIS WEEK’S WORDSMITH!