10 Tips For Writing A Love Story 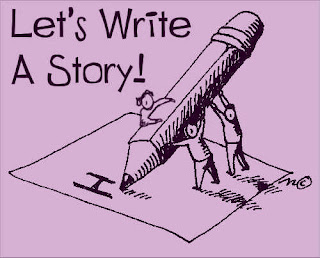 Many writers face the problem of developing a story and not just any story but an exquisite story.
I once met a poet who wanted to learn how to write a story. She was so great at poetry but couldn’t create an imaginary story.  I then realized that this is the challenge many writers face.

Firstly you should understand what a story is, “A sequence of real or fictional causal events; or an account of an occurrence.

I do tell fellow writers that a story is just a fictional tale scribbled from one’s imagination or it could be based on a true story but a tweaked version, whichever way.

The following are the steps to be taken be for writing a story:

=> Derivation of a Plot: Plot refers to the sequence of events inside a story which affect other events through the principle of “cause and effect”. A plot is a summary of the story, stating certain crucial events. How does one derive a plot?

For example;
I met a girl, and during our conversation she told me she’s asthmatic. I was touched, immediately something struck me (I saw a plot). I took permission to use her as a character in my story and she agreed.

There are various plot surrounding us, you just have to attentive enough.
And if that doesn’t work, you create a plot yourself.  By doing so, you create a picture in your mind of how you want the story to begin till the way you want it to end. Having done so, you draft out your plot.

=> Selection of Characters and Roles: Having drafted out the plot, you need characters in your story surely. A character is a being involved in the action of a story.

For example,
I’m writing about a girl who suffers from chronic asthma. She’s the main character but there are other individuals in the story that are relevant to its essence. Probably; Her mother, Her Best friend who helps her in time of need, etc.

=> Draft out the structure of the story: Having noted down the character, the next thing is to draft out the series of events occurring in the story in sequential order. This helps in writing an orderly story.

=> Write Your Story: Having done the aforementioned, the next thing is to write your Story, creating fictional scenes and expanding your plot. You could decide to write in Chapters or better still write a short story. 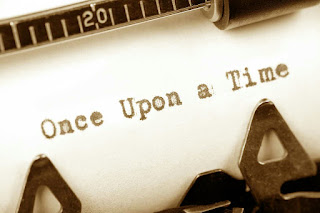 From my perspective, these are the crucial aspects that are required in writing an exceptional story that’s keep your audience captivated.
At this point, I bid you farewell.
Do leave your thoughts in the comment section.

Praise Osawaru is a writer, poet, content developer and entrepreneur-in-training. His works have appeared in Black Youth, Nantygreens, Sprinng Literary Movement and Writers Space Africa. He was longlisted for African Writers Award 2019 and Shortlisted for The Zi Prize 2019. Follow him on Instagram/FB/Twitter: @wordsmithpraise
@wordsmithpraise
Previous ARE YOU A WRITER OR A POET? BECOME THIS WEEK’S WORDSMITH!
Next Poetry 101: There’s No Such Thing As A Perfect Piece.

Fantasy and Sci-Fi Magazines are fun to write for. They publish quite intriguing content for …