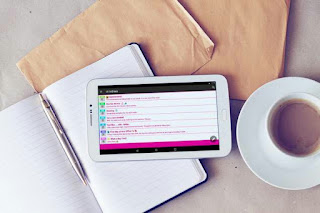 “No blood! No blood!” my consciousness yelled at me. Didn’t I hit her hard enough? Or was I too small down there? Gosh! So much for all the expertise and experience I promised. But was she really a virgin? The question piqued me.

Screw! I knew I messed up. First time and there was no blood. She’s going to tell all her friends. That’s for sure! My social rep’s gone. Damn! I wouldn’t even be able to look at her in class. I’ll become the topic of small gossip among sophomore college girls! And there goes my crush!

Maybe she wasnt a virgin afterall! But who lies when they’re about to have sex? I quickly wave the thought aside as I feel her hands upon my back.

“Babe, what are we now?” She asks, this time more persistent.

‘Friends? Friends with benefits?’ Dave no! Are you crazy, why on earth would you say that? My mind ran over another option. ‘Sex partners?’ Anything was cool with me, girlfriend was just not in the picture.

I reached for her and laid a kiss on her forehead, and made my way to the bathroom. Yes! I did just ignore the question.

I let the cold water cascade down my back as I reflected over the sheer perfection that was Gina. Her boobs! Lord no! They were succulent.

They had been the subject of my imagination since freshman year, but right across me, less than 2 metres away, there they lay on my bed. One of Northwestern’s most beautiful girls sprawled across my bed. I tapped my face to be sure I wasn’t dreaming.

The door creaked open behind me, I wiped the soap off my face and watched as she approached me slowly and stealthily.

I didn’t quite see her cleavage in all glory earlier. Damn! They were soft though! I watched her twin glands jiggle up and down. I was starting to get hard down there. I could swear that thing had a mind of it’s own.

She knelt down before me and held me by the waist. In a flash, she pulled me in between her breasts. Gosh! It was pure bliss!

I felt the warmth and closed my eyes.
Next thing I know, I was in her mouth.

The water washed over the both of us. The lights reflected off her breasts and her hair shone in the yellows and whites that made my bathroom.

And then I noticed it. A drop. A trickle.
Wait how’s that even possible? Is that blood?

TO BE CONTINUED
Written by
Ayomide O’tega and Praise Osawaru.

Praise Osawaru is a writer, poet, content developer and entrepreneur-in-training. His works have appeared in Black Youth, Nantygreens, Sprinng Literary Movement and Writers Space Africa. He was longlisted for African Writers Award 2019 and Shortlisted for The Zi Prize 2019. Follow him on Instagram/FB/Twitter: @wordsmithpraise
@wordsmithpraise
Previous [Romance Story] DIARY OF A VIRGIN BOY – 3.0
Next [WORD SMITH OF THE WEEK] I TOLD THE SKY HOW I FELT

I gazed at his apartment from across the street, it looked rather empty to me. …